You are here: Home / News / Ivy Climbs the Walls!

The article below follows the paths of Ivy and Dexter and the story was initially sent to all Rainham email addresses 2 weeks ago.

Ivy Dagnall is the 2 year old daughter of Simon, Rainham’s Estimating Manager based at Runcorn and his wife Ruth. Ivy is doing a sponsored toddle in fancy dress of her choice (baby shark) on Tuesday 6th April around the Roman walls of Chester to raise money in support of her little best friend Dexter who needs major open heart surgery at the Great Ormond Street Hospital in London.

In brief this is Dexter’s story:

The condition Dexter has means his pulmonary artery is wrapped around his windpipe making it difficult for him to breath when exerting himself, sleeping or doing normal things babies do. Any illness such as a cold places him back in hospital due to his airways restricting.

The major operation is one that is only performed several times a year and only takes place in London. Due to COVID restrictions Mum will be in the hospital on her own whilst the operation, induced coma and recovery happens over 4-5 weeks. He will also need follow up appointments, operations and overnight stays for the next several months.

Desperately wanting to be there for his son and wife, Rob (dad) will have to find accommodation near to the hospital. He will only be able to have a five minute catch up with Danielle (mum) each day if she is able to leave the hospital and no hugs to comfort her.

Without everyone’s help, Danielle would have to take the brunt of this battle on her own and Rob would not be able to see his son or wife in any normal manner for up to a month. Danielle has had to give up her career to care for Dexter, she has never been out of work since she was 15. Hopefully, this fundraiser will help remove a fraction of the worry surrounding them, in particular the financial strain that they are currently under.

If anyone wishes to make a donation it would mean the world to the Blake family and you will be helping them get through a very tough time. We are not fundraising through a page as the likes of GoFundMe take commission and we want every penny Ivy raises to go straight to the family.  What we do raise will be a drop in the ocean compared to the figure they need, but we’re going to give it our best.

On Tuesday April 6th Ivy Dagnall completed her sponsored toddle around the entire length of the Chester Walls, circa 1.8 miles, remember – she is 2 years old and completed the toddle unaided and in what proved to be a pretty weighty choice of fancy dress. So far, Ivy has manged to raise a fantastic £2,200.00 to help the Blake family get through this difficult time. Simon Ruth, Ivy and the Blakes would like to thank everyone at Rainham who has kindly donated, hats off to you all.

You will all be glad to know that yesterday as Ivy was toddling away Dexter had the heart surgery he so needed. According to his surgeon it was a great success, although apparently he has a small infection and high temperature this morning (Wednesday), which they quickly need to get control of.

#TimetoTalk2021
Next Post: The ‘High Fivers’ run to victory 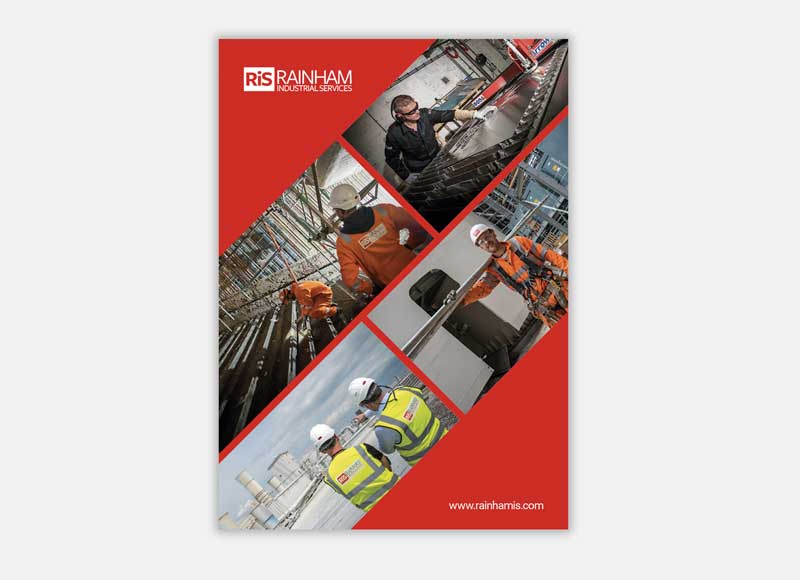 Wherever you are in the UK, Rainham can provide a team of skilled craftsmen, engineers and project managers with the expertise to meet your industrial infrastructure challenges.